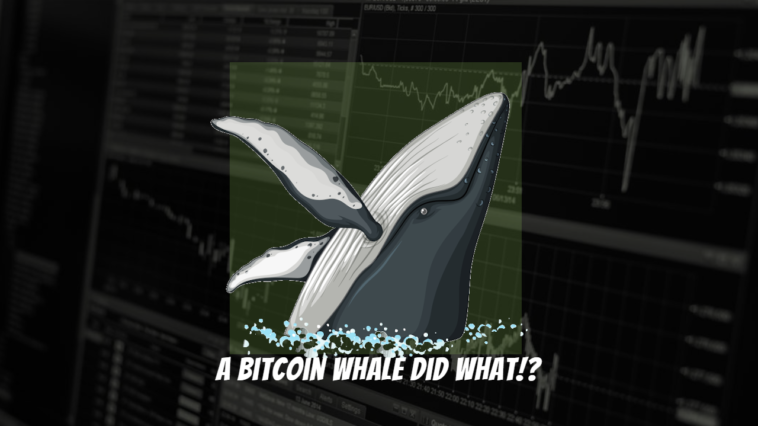 A bitcoin whale is on the move. Earlier this week, they sent over 40 million worth of bitcoin to Gemini exchange.

We just saw a high net worth cryptocurrency trader transfer their funds from an anonymous wallet to the US based crypto exchange Gemini. This is typically seen as negative news (or “bearish”) because it means the whale has forgone the safety of their hardware wallet and moved their coins to an exchange for a reason – that reason usually is because they are considering selling their coins.

What is a bitcoin whale?

A bitcoin whale is a term used to describe a holder of a large amount of bitcoin.

The bitcoin community uses the term whale to refer to individuals or groups who own large amounts of bitcoin and have the power to influence the market. A regular Joe, buying or selling some coins won’t move the needle on the price of the coin, but a massive holder who buys or sells can sometimes single handedly start an up or down trend.

Keep in mind that this happened before the news/rumor dropped of Russia considering accepting Bitcoin in exchange for their oil. This Russia related news has been seen in the community as a strong positive for Bitcoin and perhaps the whale will hold off on his plans, or even transfer the 1,000 BTC back to their safe and secure hardware wallet.

What is a hardware wallet?

A hardware wallet is a cryptocurrency wallet which stores the user’s private keys (critical piece of information used to authorize outgoing transactions on the blockchain network) in a secure hardware device. They have major advantages over standard software wallets: they are seen as much more resistant to computer viruses that steal from software wallets. Additionally, on hardware wallets you “own” your private key and don’t have to trust the authority that is the decentralized exchange.

Some examples of hardware wallets are the Trezor and the Ledger Nano S.

Tell me about the Gemini exchange

Gemini is a digital asset exchange and custodian that allows customers to buy, sell, and store digital assets such as bitcoin and ether. Gemini is a New York trust company that is subject to the capital reserve requirements, cybersecurity requirements, and banking laws of the New York State Department of Financial Services. Gemini was founded in 2014 by brothers Cameron and Tyler Winklevoss (of the Facebook fame). Gemini is typically seen as a safer exchange if you must keep your coins on an exchange.

The bitcoin whale’s recent transfer to Gemini exchange could be a sign that they are preparing to sell their bitcoin, which would have a bearish effect on the market. However, we won’t know for sure until the whale makes their next move. Stay tuned! 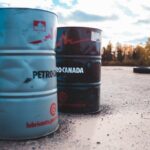 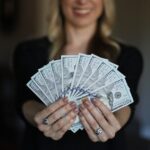