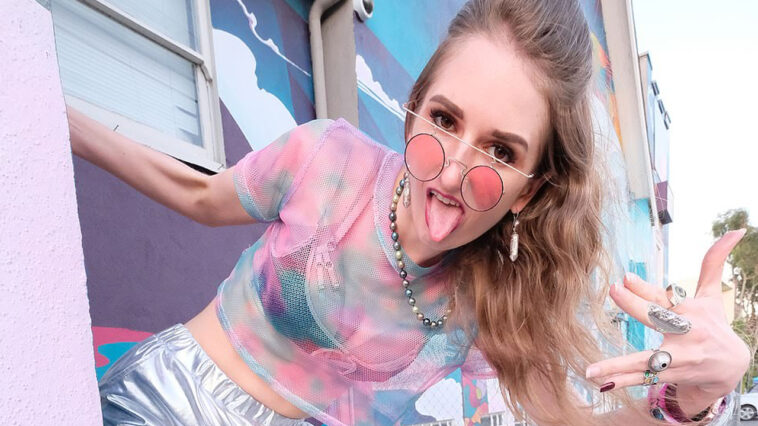 On February 8, 2022, the U.S. Department of Justice (DOJ) arrested a couple that is accused of laundering 94,636 bitcoins stolen from Bitfinex in 2016. The DOJ alleges that the tech entrepreneur, Ilya Lichtenstein, and his wife Heather Morgan, conspired to launder billions of dollars worth of bitcoin. The duo could face 25 years in federal prison if convicted. Five months later, a report indicates that a federal judge has given Morgan permission to get a job and “engage in legitimate employment.”

Heather Morgan, one of the accused Bitfinex money launderers, will be allowed to get a traditional job after a judge granted the former tech writer at Forbes the ability to work while her legal case continues. Morgan, who also performed as a New York street rapper called “Razzlekhan” or the “Crocodile of Wall Street,” is accused of an “alleged conspiracy to launder” 94,636 bitcoins which are currently worth $1.95 billion using current BTC exchange rates. Morgan and her husband were arrested early this year, and the bitcoins stemming from the 2016 Bitfinex hack were once worth $4.5 billion.

This week a Bloomberg report indicates that a federal judge has given Morgan permission to work amid her pre-trial release. While crimes like murder and burglary have a very low probability of obtaining pre-trial release, statistics show that offenses that involve conspiracy to launder and fraud accusations have an 82% chance of acquiring pre-trial release for specific engagements like attending a funeral or engaging in employment. The judge presiding over Morgan’s case has allowed the former tech author and rapper to seek “legitimate employment.”

The infamous 2016 Bitfinex hack was close to six years ago, when the exchange lost 119,754 BTC at 10:26 a.m. (ET) that year on August 2. As soon as the 2016 Bitfinex hack news spread, the price of bitcoin dropped 22% against the U.S. dollar during the 24-hour period that followed the heist. It is assumed that the Bitfinex hackers were able to access the Bitfinex server for weeks before the crypto assets were stolen, as reports say the attackers searched for private keys. For close to six years, or up until five months ago, the Bitfinex heist was a mystery and onchain sleuths watching the stolen coins monitored the stash for movements on the blockchain.

During the first few months, the stolen Bitfinex bitcoins remained idle, but suddenly started moving in January 2017. It is believed that the coins were mixed using BTC tumbling services, and then were sent to the now defunct Alphabay darknet marketplace (DNM). On a few occasions after that, the 119,754 stolen bitcoins were transferred to unknown BTC wallets, but most of the transfers were sent in fractions. Then on February 1, 2022, 94,636 BTC from the 2016 hack were consolidated into a single address, and at the time no one knew why the BTC consolidation occurred. It wasn’t until a week later that the U.S. Department of Justice (DOJ) notified the public that law enforcement seized the 94,636 BTC.

The DOJ disclosed that a married couple, Ilya Lichtenstein, 34, and his wife, Heather Morgan, 31, were arrested for an “alleged conspiracy to launder” the stolen Bitfinex BTC. An afr.com report further claims that the BTC sent to the Alphabay DNM was somehow connected to the arrest of Lichtenstein and Morgan years later. The law enforcement agent who made the connection declined to say exactly when and how it was discovered that the two cases were allegedly connected.

While Morgan has been granted permission to find “legitimate employment” opportunities, her and Lichtenstein’s ostensible story has seen a lot of press during the last five months. For instance, almost immediately after the couple’s arrest, the streaming media firm Netflix revealed it had “ordered a documentary series about a married couple’s alleged scheme to launder billions of dollars worth of stolen cryptocurrency in the biggest criminal financial crime case in history.”

Jamie Redman is the News Lead at Bitcoin.com News and a financial tech journalist living in Florida. Redman has been an active member of the cryptocurrency community since 2011. He has a passion for Bitcoin, open-source code, and decentralized applications. Since September 2015, Redman has written more than 5,700 articles for Bitcoin.com News about the disruptive protocols emerging today.

All credit goes to the original author, view more at https://news.bitcoin.com/accused-bitfinex-bitcoin-money-launderer-granted-permission-to-engage-in-legitimate-employment/ 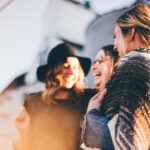